We seek the power to make the Ul'dah, Eorzea and world we want. We may not be able to match the wealth and influence of monetarists, lords and rulers, but every day we take a little more for ourselves. Carefully we play the game so that we may safeguard what we create.

Aetherscale Enterprises was built on a foundation of trade across Eorzea when founder Lucas Rajan returned from the war in Ala Mhigo. It hires all manner of caravanners, porters and guards.

The base of operations for trade is at The Caravanserai in The Goblet, Ward 1, Plot 30. There all manner of travelers can find rest, rooms for rent, and a bustling market.

Atop a foundation of trade, AE branched out into other business pursuits.

Merchants are welcome at The Caravanserai's market, and as friends and allies. In addition to The Caravanserai, market, and The Moonlit Oasis, AE maintains other business ventures, such as: a saltpeter mine, supply contracts for The Eorzean Alliance, and The King's Yellow alchemical practice.

In addition to seeking relationships with merchants, AE seeks to invest in the future of artists, performers and musicians. Guards to maintain the safety of employees and the neighborhoods where they live and work are always in demand.

Though it is only spoken of in whispers among those in the know, or those with the appropriate clearance, AE provides espionage, counterintelligence, and logistical aid The Grand Company of Eorzea. AE's business front provides a convenient cover for this work.

Rumor has it there are also ambitions to form an expeditionary force. Would that be for the benefit of Eorzea or Ul'dah? 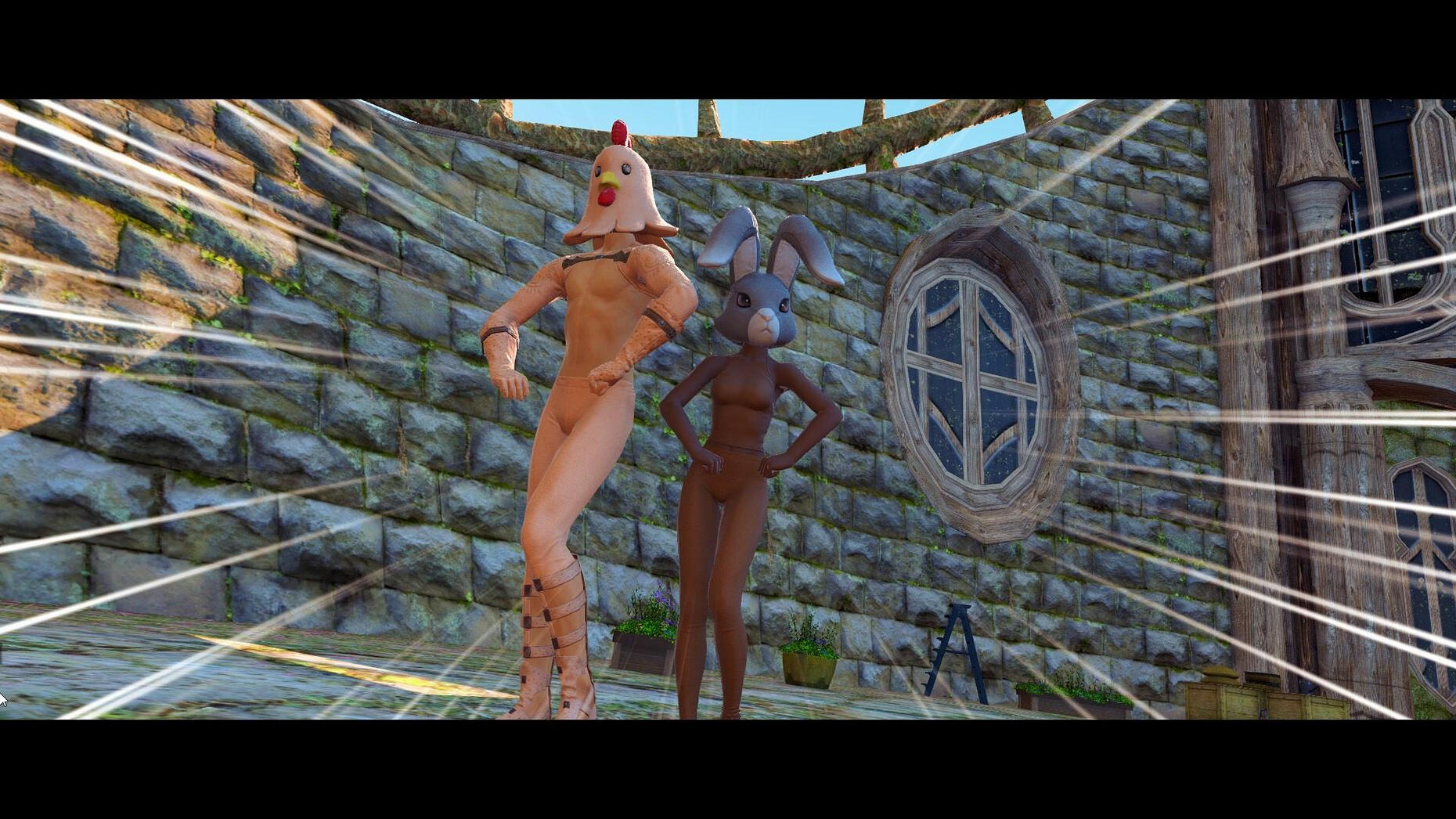 We're a close knit, small group that values not demanding major commitment from people outside of what they have time for.

We tend to favor adherence to the lore, while filling in gaps where they exist. In general, our storytelling implies that we are vulnerable. Even those among us who might be powerful can be victims to the whims of lords, monetarists (which we pretend to be), and superior numbers.

Though many of AE's members may have altruistic goals, altruism makes powerful enemies, especially if it would bring change. So for now we make sure to fit in.

Casual: We have a casual RP night every other week.

Stories: Ongoing stories are DM'd by members. Some stories directly related to AE's goals, while others follow personal stories or projects our friends and allies have asked for help with.

Events: We have bi-monthly events such as a night market and an Ul'dah noir themed club "The Moonlit Oasis."

Storytellers: Between story events, we have storytellers we funnel members toward for RP that fits the character.

Allies: We have friends in other FCs! We try to support those FCs as much as we can.

We are looking for all kinds of people. Those who might fit in include:

We are currently interested in taking on a few new members!

Those who join our ranks will be invited to be part of stories about trade, business, espionage, and the future of Eorzea and Ul'dah. Other personal stories are, of course, welcome. You might find yourself exploring Ul'dah's history in ancient ruins, manipulating gossip at a party or making sure fresh supplies reach the front lines.

To apply or ask questions, reach out to Lucas Rajan in game or on Discord at MithrilDM#6221

Ultimately you'll be asked for the information below, so why not get a jump on it? You can copy/paste it into a document, fill it out and message it on Discord to Lucas.

Name:
Race:
Age:
Character pronouns:
Homeland:
Current residence:
Employment and professions in brief:
Skills in brief:
Motivation to join or associate with AE:
Anything we should know:

Tell us a bit about your gaming interests:
Tell us a bit about your RP interest and background:
Is this your main character?:
Is your character looking to apply for work? Are they in a tough spot? Maybe they are someone we meet along the way? Tell us what you envision!:
Do you agree to our rules?:
Are you cool with knowing an invite will come after it all makes sense IC?:
What are your preferred pronouns?:
How do we contact you?:

These rules are not meant to be an itemized list, or to look and feel official. They are our rules, yes, but they’re also meant to capture what’s important to this group’s dynamic. We’ll use it for ourselves, but at the same time the rules serve to show potential newcomers what our culture is.

It’s helpful to have these things stated so we can check ourselves and promote the environment we want. We’re not at all interested in jumping on people for mistakes.

Rule No. 1: There are more rules
These rules listed here are not the only rules. Rules are simply an effort to try and write down the way we want people to act without rules. So, this isn’t an attempt to list every behavior people should follow, but an attempt to hit the highlights. In short: we expect good, respectful behavior from others even if there isn’t a rule requiring specific behavior. Furthermore, I (Lucas) am absolutely allowed to do whatever the hell I want about someone intentionally skirting any of these rules. We will make no rules regarding how officers can respond to the violation of rules or bad behavior. It’s entirely at our discretion.

Rule No. 2: Be gracious
In any FC there are people with different styles, tastes, interests, comfort levels and so on. Be gracious to your fellow FC members, respect them if they ask to end a certain conversation, listen to them about their feelings, and remember that different styles doesn’t mean there is anything wrong with either of you. On the same token, be forgiving when people do something you don’t like, or if they make a mistake.

Rule No. 3: Consent consent consent
Character injuries, character death and trauma are always up to the player of the character. That’s easy stuff. However, there are more things to consider. Torture, racism and rape are unacceptable topics for open, public RP without warning/consent. If someone indicates a certain kind of RP contact makes them uncomfortable, listen! Also treat traumatic stress with a lot of respect, please. Furthermore, just like you’d ask permission before wounding or maiming a character, you should ask before engaging in themes of racism, rape and torture. DMs, try to make clear what kinds of themes could come up in your events if they might be on the line. This is relevant to dealing with torture, or if we’re the heroes helping victims of trauma.

Rule No. 4: Respect boundaries
Remember that when you’re chatting in a public channel, everyone comes from a different place and has different sensitivities. Be aware that oversharing on sensitive topics or personal issues could trigger the traumas of someone else. If you need someone to talk to, or need to feel seen, it’s OK to say so, and see if anyone wants to chat. You can also reach out directly. Whatever the case, remember everyone has their own health to look after, too, and may not have the energy at the moment.

Rule No. 5: No weird-ass OOC horniness please
We don't want to be the fun police! You can have lighthearted conversations and tell lighthearted jokes about thirst stuff. You can post tasteful but risqué screenshots (marked with spoilers). You can have adult themes in stories (marked with spoilers). However, it shouldn't be about OOC thirst, and it shouldn't come at the risk of making anyone uncomfortable. The same goes for responses to such posts.

Inappropriate: "Wow, Lucas' bulge got my attention!" "I'd like to invite him over!" "Damn, look at that butt!"

Rule No. 6: Don’t discriminate
This must be a welcoming environment for all ethnicities, nationalities, genders, sexual orientations and faiths. To be absolutely clear: We allow no racism, sexism, homophobia, transphobia, or bigotry. I’m not going to list every last thing that’s not cool. You should get it by this point. The only exception to this rule is that any dogma counter to creating a welcoming environment to others is not welcome. This is a feminist, LGBTQIA+, anti-racist space. Use the pronouns people ask you to use for them.

Rule No. 7: Fuck off with alt-right bullshit :)
I don’t want to get too into politics in the rules here, but this is one exception. If you’re into alt-right shit, you simply do not belong here. If you’re not sure if you qualify as being on the alt-right, you probably don’t belong here. It’s not a good fit, and that’s all there is to it. Furthermore, don’t come at us with any race realism lunacy, any desire for any ethnostate, or any dog whistles about such subjects.

Rule No. 8: We’re a collaborative FC
Here in this FC, our themes include espionage and business. Those are stories that open themselves up to lots of skullduggery, sneakiness and so on. That said, while those storylines might happen, we’re not looking to have them happen among our players against our players or against the FC. It’s not the style/theme we’re looking for. I have nothing against people who might enjoy that content, but this just isn’t the sandbox for it! I’m not saying conflict or betrayal can never ever ever happen, but if it feels like a fun, satisfying story, communicate it.